What Is Race Discrimination? 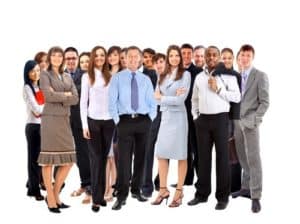 Race or racial discrimination is an act of being treated differently due to an employee’s race, assumed race or from being associated to somebody of a different race. The definition of race can be portrayed by nationality, assumed nationality, citizenship, colour, ethnic minority or ethnic origin.

All employees are covered by the regulations outlined in the Equality Act 2010. Race discrimination covers all employees including management, contract or agency workers, freelancers, self-employed staff, trainees, apprentices and also job applicants.

Click to Call us Now
Start your claim now

The Equality Act 2010 covers all legal aspects of what is considered race discrimination and which areas are liable for claims and prosecution. The act outlines many areas of race and race perception. This includes groups of people who share protection due to characteristics of their race. As nationality and citizenship are both included in the demographic of race the act discloses that judgement can include two or more inclusive groups such as Black British, British Asians, Irish Travellers, Romany Gypsies and other such groups covered by two differing nationalities, ethnicities or colour.

Indirect discrimination is carried out when a company policy or rule that doesn’t appear to be race specific puts employees of another race nationality or ethnic minority at a disadvantage. Discrimination is in effect if any such rule cannot be shown to have a legitimate business aim or outcome. For example, in the same way a dress code can be shown to apply sex discrimination against women, if employees are ordered to be clean shaven at all times this can be seen as putting certain religious groups at a disadvantage. This is considered indirect discrimination.

There are areas of legislation in indirect discrimination that can be shown to be acceptable in specific situations. Areas of employment where this might take effect are acting, modelling, welfare services, and in the food and drink industry where race and ethnicity are expected to retain authenticity within a culture or ethnic minority.

Harassment is outlined as unwanted conduct towards an employee of a different race, ethnicity or national origin with a motive to disrespect or intimidate. This is classed as race discrimination. If an employee is being harassed by means of degrading, humiliating or offensive behaviour, these areas are grounds for legal action. The Equality Act outlines definitions of conduct that account for the manner in which behaviour is delivered and also by the way a victim of abuse perceives and reacts against it. The victim’s perception of harassment is factor. This is especially relevant in cases where abuse is attempted to be excused as light-hearted or as ‘a bit of fun’ as the result towards the victim may still be one of disrespect and unwanted conduct.

Racial harassment can also include discrimination by association. A white colleague can claim against the behaviour delivered towards a black colleague if he or she was a witness to it and was also personally offended by the harassing behaviour.

In the act of race discrimination both the employer of and the employees found to have acted in a discriminatory manner are all liable to claims. An employer is expected to present a suitable and fair workplace for all employees and instigate behaviours to protect their staff from unwarranted poor behaviour from other employees.

An employment tribunal claim could be brought against both colleague and employer where acts of discrimination have occurred in the course of the perpetrators employment. This is called vicarious liability

In order to prove discrimination an employee must evidence facts from which the tribunal could determine, if the employer has no legitimate explanation, that discrimination has taken place.

Presenting proof of direct discrimination is often difficult as employers will be likely to deny all acts that are difficult to prove.”

You must make your claim within 3 months from when the act or most recent act of discrimination happened. You must have followed the ACAS Early Conciliation Scheme before submitting a claim to an employment tribunal.

All complaints and work related problems should be dealt with according to the appropriate processes for individual businesses. Initial complaints should be made verbally but if the accusations aren’t dealt with satisfactorily further complaints should be made in writing in order to be used as proof of events in further proceedings. If after following the correct processes you are not satisfied with the outcome then you are entitled to take matters further and apply for issues to be resolved through an employment tribunal.

There is no cap for compensation in a race discrimination case. Awards are made for injury to feelings and losses suffered. Losses include elements such as wages and pensions.

We have specialist solicitors who will guide you through the best action to take in your unique situation.

You can call on 0161 82 11 559 or contact us by clicking here for an initial consultation regarding your employment position and wrongful dismissal concerns. We offer complete and full advice in easy to understand terms to help establish the most likely outcomes for your case in a relaxed and pressure free environment.

We understand how sensitive making a claim against your previous employer can be so our expertly trained staff deliver each of our services with empathy and understanding. It is entirely up to you whether you decide to pursue your claim or not. We’re here to help you make those important decisions backed by our years of experience and industry knowledge.