What Is Sex Discrimination? 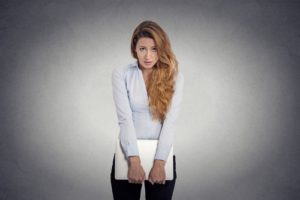 This area of sex discrimination transpires when an employee is treated less favourably than a member of the opposite sex in equivalent circumstances.

Indirect discrimination occurs when workplace or employment rules created by an employer are applied to all employees but indirectly affect one sex more than another.

In certain cases an employer can justify indirect discrimination if they can show that these factors are a reasonable measure to assure a specific business aim.

Harassment is ruled as unwanted conduct related to a person’s sex. This is inappropriate behaviour that is considered distressing, humiliating or offensive.

Attempts are often made by the perpetrator to be excused by the recipient due to a mix up where they were ‘just joking’ or acting within constraints of general social workplace behaviour. If the impact towards you is intimidating or upsetting it may be considered to be of harassment. Both the behaviour of the perpetrator and the reaction of the receiver will be taken into account of what is reasonable and acceptable in their case.

Victimisation is the process of being treated detrimentally after making a complaint of sex discrimination. A complaint can take the format of court action, an employment tribunal or standing up for your rights by other means.

Discrimination In Employment And Training

Sex discrimination is also applicable to interview processes and employing staff. It is important for the law to be upheld throughout the selection process.

If an employer asks a female interviewee if they are considering having children at interview then this is a likely case of sex discrimination. It is unlikely they would ask a male applicant the same question.

Similarly any training carried out in regard of your employment, whether by your employees or employment training companies, are liable to sex discrimination brought about due to improper and impartial behaviour.

Sex discrimination in regards to equal pay is legislated by the Equal Pay Act 1970. The act denotes that an equal level of payment for an equivalent role to that of a member of the opposite sex should be made. If you believe you are not being paid equally to a member of staff of the opposite sex performing the same role or a role of equal value you are entitled to make a complaint or raise an employment tribunal.

You will need to show that you are performing the same type of work or working to the same level as a member of staff of the opposite sex. You may also show that you operate in your role at an equivalent level of an alternate role under an evaluation study if there is no direct role with which to make a comparison.

There are certain areas of sex discrimination that are legally acceptable. Specific roles in the armed forces, organised religion and in other exceptional cases have legal gender specific duties that are considered proper and cannot be claimed against.

Your Employer Is Liable For Sex Discrimination Claims

You should initially raise awareness to the claim with your employer. Follow the correct procedure within your company with either an informal meeting with a manager who may be expected to make the complaint on your behalf. Formal complaints should be made in writing to register as proof of the complaint being made.

If by following your company procedure a satisfactory outcome isn’t reached then you may consider making an application to an employment tribunal.

Many acts of sex discrimination make it difficult or impractical for the employee to return to work with an employer. In such cases you may be entitled to resign from your position and also make a claim for constructive dismissal.

Please contact us for realistic and professional advice regarding your claim.

We have specialist solicitors who will guide you through the best actions to take in your unique situation.

You can call on 0161 82 11 559 or contact us by clicking here for an initial consultation regarding your employment position and sex discrimination concerns. We offer complete and full advice in easy to understand terms to help establish the most likely outcomes for your case in a relaxed and pressure free environment.

We understand how sensitive making a claim against your previous employer can be so our expertly trained staff deliver each of our services with empathy and understanding. It is entirely up to you whether you decide to pursue your claim or not. We’re here to help you make those important decisions backed by our years of experience and industry knowledge.