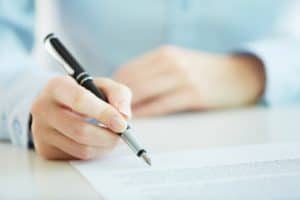 Until 2013 a Settlement Agreement was more commonly known as a Compromise Agreement.

If you have been approached by your employer to enter into a Settlement Agreement regarding your employment termination you will need to understand what it is, how it works, and how to get the best from the situation it presents to you.

The first question many employees in this position will ask is “What is a Settlement Agreement?” A Settlement Agreement is a legal contract between an employee and their employer. The agreements are made voluntarily and with the best interests of both parties when a contract of employment is to be terminated. The termination may be due to a dispute where the employment relationship has broken down and where working together is no long feasible. It may be due to redundancies through insufficient work or that their existing position is no longer practical or available. There are a variety of other reasons the termination is being pursued and the fair separation under a Settlement Agreement is a practical and lawful way of dealing with each of these situations. The Settlement Agreement is created to consider the needs of both employee and employer throughout the cessation of employment and in the agreement of the appropriate actions and behaviours for when termination of is complete.

The contract is legally binding in order to protect both parties from breaking the clauses laid out in the agreement.

The Main Benefits Of A Settlement Agreement For An Employee

The main factors in most agreements dictate a lump sum pay out, often greater than the statutory minimum for the same situation; the supply of fair references by the employer for the employee; and the agreement removes any risk of losing a case through further action that might be brought against them in an employment tribunal or by court action.

The Main Benefits Of A Settlement Agreement For An Employer

For an employer a Settlement Agreement will prevent further dispute from escalating in view of the employment termination. Avoiding an employment tribunal or court action can save a business many additional and costly expenses both during the process of termination and also in the future operation of the business after the termination is complete.

This being so Settlement Agreements are often presented in cases of redundancy, poor performance allegations, allegations of misconduct or gross misconduct, disputes over pay, holiday pay and entitlement, working expenses, working conditions, health and safety issues, or through any other situation which brings the breakdown of the working relationship.

Understanding ‘Without Prejudice & Subject To Contract’

During the negotiations of a Settlement Agreement the term ‘without prejudice’ is used as a precursor so that any of the information covered by that heading within the documentation is not to be used in any later proceedings held by tribunal or in court. It is considered a ‘protected conversation’.

A ‘protected conversation’ must be considered a genuine constructive attempt to reach an amicable agreement. The employee cannot be forced into a decision they aren’t satisfied with and if the employer acts in an improper manner the protected status will be retracted and can be held against them when introduced in an unfair dismissal claim. The ‘protected conversation’ must also adhere to the guidelines where the employee is subject to improper criticism. The inappropriate behaviour also retracts the protected status and can be utilised by the employee when raising a grievance that can be referred to as evidence in further proceedings. Protected conversations apply to unfair dismissal claims with the exception of automatic unfair dismissal cases, so they don’t apply to discrimination or breach of contact cases.

Legal Requirements Of A Settlement Agreement

In order for the Settlement Agreement to be legally binding the document must be presented in the form of a physical written document.

The agreement must state the disputes and issues being managed and settled.

The employee must receive independent legal advice, for example, from a solicitor, and the agreement must also state who the advisor is and that they have confirmed the details of the agreement they have been advising on. The advisor must have the correct insurance or professional indemnity to cover any costs arising from any losses to the employee that they may bring against the advisor.

It must also meet the statutory conditions regulating settlement agreements and contain a statement to show that all areas have been satisfied.

Do You Need Guidance On A Settlement Agreement Or Assistance Reaching Your Best Possible Outcome?

Our specialist team of Employment Solicitors Manchester are at hand to offer informative and independent advice and guidance for any employment law situation. We specialise in the careful handling of Settlement Agreement cases with sensitivity and understanding. We understand how difficult any dispute with an employer can be so stand by our commitment to a respectful, considerate, professional and positive outcomes for the parties involved.

You can call on 0161 82 11 559 or contact us by clicking here for an initial consultation regarding all of your employment concerns. We offer complete and full advice in easy to understand terms to help establish the most likely outcomes for your case in a relaxed and pressure free environment.